San Diego home prices increased 19.1 percent in a year as of March and outpaced nearly every city in the nation.

Nationwide average price increases in the 20-city index were 13.2 percent as of March, the S&P CoreLogic Case-Shiller Indices reported Tuesday. It was a rate of increase not seen since December 2005. Phoenix was the only metro to have a faster gain than San Diego at 20 percent.

San Diego’s substantial increase reflects a full year of pandemic pricing from March 2020 to March 2021. The year was marked by a surge in demand from stay-at-home workers, low mortgage rates and national housing shortages.

The last time prices went up this fast in the San Diego metropolitan area was in March 2014 as the region rapidly climbed out of the Great Recession. It is still lower than the housing boom days when prices increased 33.4 percent in July 2004 (only to drop 26.7 percent in October 2008).

Zillow economist Matthew Speakman wrote that the number of homes for sale across the nation has started to increase, which many experts had predicted would slow price gains. However, he said that anticipated relief has not materialized — especially as much of the economy reopens and encourages potential buyers.

“All told, there is little, if any, indication that home prices will slow their appreciation anytime soon,” he wrote.

San Diego has had the fastest increases in prices of any California market since June 2019. In March, prices were up 13.4 percent in Los Angeles and 12.2 percent in San Francisco.

Selma Hepp, CoreLogic deputy chief economist, wrote that rising mortgage rates did not seem to slow buyer demand. Many have said that an uptick in mortgage rates would eventually slow price growth.

The interest rate for a 30-year, fixed-rate mortgage hit a record low of 2.68 percent in December, said Freddie Mac . It has risen since and was 3.08 percent in March. It continues to go up, with Mortgage News Daily’s daily survey putting the rate around 3.14 percent on Tuesday morning.

Hepp wrote in an analysis that the nationwide inventory of homes has been declining for a decade as the U.S. population increased. She said prices tended to go up the most in areas where employment gain outpaced new home construction.

The Case-Shiller indices take into consideration repeat sales of identical single-family houses — and are seasonally adjusted — as they turn over through the years. The San Diego County median home price for a resale single-family home in March was $760,000 , according to CoreLogic data provided by DQNews.

All housing markets were up substantially with the lowest gainers far surpassing the rate of inflation. Chicago had the smallest gain at 9 percent, followed by Las Vegas at 10.6 percent.

Craig Lazzara, managing director and global head of index investment strategy at S&P Dow Jones Indices, wrote that March’s numbers mark some of the biggest numbers for the more than 30-year-old index.

“(The March increase) lies very comfortably in the top decile of historical performance,” he wrote. “The unusual strength is reflected across all 20 cities.” 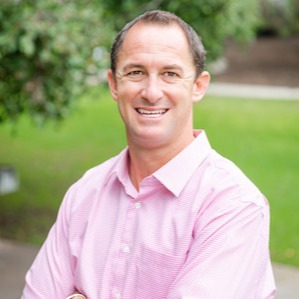 For Jon, real estate is literally in his blood. His father has been in the industry for over 37 years. During college Jon tried something different, working in the sales and marketing industry. After ....

By Nicole Friedman, Wall Street JournalUpdated June 22, 2021 4:11 pm ETU.S. home prices in May experienced their biggest annual increase in more than two decades, as a shortage of properties

By Phillip MolnarSan Diego home prices increased 19.1 percent in a year as of March and outpaced nearly every city in the nation.Nationwide average price increases in the 20-city index were 13.2

By registering, you agree to our terms of use and that real estate professionals and lenders may call/text you about your inquiry, which may involve use of automated means and prerecorded/artificial voices. You don't need to consent as a condition of buying any property, goods or services. Messages/data rates may apply.